Discovering Balance and Focus Through Being Bored

Posted by: Dennis Mnuskin in the path 1 year, 11 months ago 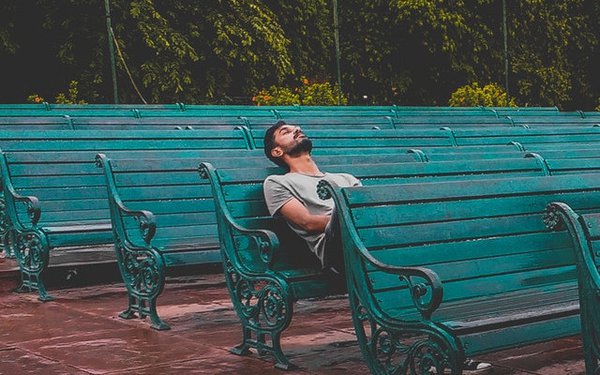 This is a sequel to the post, where I talked about several life-planning professionals who forced me to ponder the question, “what’s your plan?” The scope of what they were referring to was the entirety of my remaining lifetime: the goals, the endgame, things I wanted to do/achieve/accomplish, things I was working/moving toward.

Would you be able to answer that question for yourself right now? If not, how would you go about looking for the answer? Would you even attempt looking or simply deem the question not significant enough? At the time, I had absolutely no idea even where to start, but I also had a voice somewhere deep inside that kept saying this feels important enough and the fact that I have a gaping hole where an answer should be is not something I should leave unaddressed.

In this post, I would like to share how I ended up beginning to look for the answer, and which in hindsight became one of the most effective tools/techniques for keeping my life balanced and moving in the direction of my choosing.

At the end of 2016, we were visiting my in-laws for the Christmas week. Being there, outside of my own environment and regular schedule, gave me time to think and reflect on life, things and things in life. And it just so happened that about a month before that visit, I came across Trent Hamm’s very insightful and inspiring article in my Google news feed, “How Finding Flow Helped Me Decide What I Should Do With My Life”. Since discovering it, I’ve revisited that article multiple times and have recommended it to a number of family members, friends and colleagues. I would also recommend it to anyone reading this as the entire article is a great read. But at that particular time in my in-law’s house, my focus went straight to Trent’s strategy #6:

So I started there. I opened a new Google Sheet, did what Trent was suggesting and ended up with this:

At the age of 37, this was the very first time in my life where I explicitly wrote out a weekly schedule. It was an experiment and I no idea if I would end up following it, but in the interests of science, I set out to find out. As it turned out over the next few months, making this schedule was an incredibly useful exercise. By doing it, I gained a level of intentionality and structure in my daily life that I never had before. But this post is not about the merits and importance of schedules. This post is about one, single purplish-blue box that I added there: “The Hour of Dennis”

I showed the schedule to my wife and shared my thought with her. We agreed that I will spend this one hour between 11 am and noon every Sunday in quiet isolation doing my own things, while she holds down the house and all the living things in in. After that visit to the in-laws, I have managed to uphold The Hour Of Dennis just about every single Sunday for about six months.

I used that one hour to think about how the previous week went, the things I accomplished vs. the things I was hoping to do, and to think ahead into the next week or the next month. And even though “The Plan” was still a daunting, unanswered question hanging over me, I would spend at least some time each week thinking about it. Just like that proverbial journey of a thousand miles that begins with a single step, The Hour of Dennis ended up allowing me to make a few steps here and there while still trying to figure out what the journey itself would be or where it would take me. And then... 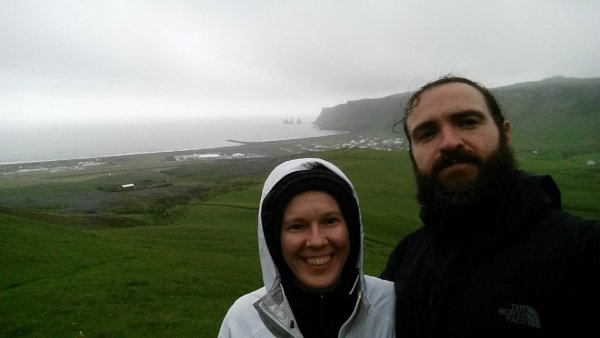 Then, as the rest of summer unfolded with various activities including campings, weekend family outings and the rest. Sadly the Hour of Dennis has vanished. I kept telling myself that, “it’s only another month, I’ll restart in August” and then “I’ll pick it up in September when the summer is over”. I didn’t and I didn’t.

Next thing I know, it’s end of 2017 and we are once again in Philadelphia visiting my in-laws during the Christmas break. And once again, I have the freedom and downtime to think about and reflect on life and things and those things in life. Looking back at the previous 12 months I saw how many positive changes I was able to make in the first half of 2017, and at the same time how things remained just about the same in the second half of the year. Reflection can be a powerful thing but only when you actually do it, but it can be even more powerful when you come back to it. Going into 2018, I’ve reinstituted The Hour of Dennis. Looking back at having done it regularly, then having forgotten it, and then having picked it back up, the hour of weekly reflection in peace and solitude has had, and continues to have to this day, an incredible impact on my life’s path.

There were many topics and subjects that have come through and been digested by The Hour of Dennis and many of them in some way or other were related to “The Plan” but just to illustrate the impact, I’ll mention a specific example: regular exercise. A while back I wrote how I “accidentally” ended up losing 25 pounds. After that happened, one of the concerns I read about was that when human body loses mass, it typically will burn fat as well as muscle, and if that was the case, I just burned a whole lot of both. Trent’s other strategy #5 from his article I mentioned above drove this point further home: “Treat your physical and mental health as a major responsibility”.

I looked into few various options for establishing a regular exercise routine and settled on HIIT (high-intensity interval training) for several reasons:

In the above schedule, I blocked off a regular time for 30 minutes of exercising each day. That part was easy. What was not so easy was actually doing it. It took me almost two months before I established that routine but this is where the The Hour of Dennis proved its power. Every Sunday I would reflect on the things which were important to me; being healthy and establishing this routine was at the top of the list. And every Sunday I would look back at the gap in the previous week between what I planned vs. what actually happened and reflect on the causes for the difference. Then I would plan to alter my approach in some way for the following week and the cycle would continue. After several weeks of “planning” to exercise and not actually doing it, I realized that biggest roadblock was that I was “expecting” to “just do it” but when the time would come, I had no idea where to even begin and so right off the bat it felt like I would fail no matter what I did. So in one subsequent week I changed the expectations, I lowered the bar and set out to simply experiment with various exercises and just learn the moves, or even sitting in armchair and watching YouTube videos on HIIT exercises would meet the goals. After week and a half of doing that, I learned the moves and gained the confidence that I was looking for. And then gradually, with the help of reminding myself every single week and coming back to my goals, the routine fell into place.

That summer we visited the Cranberry Lake Campground in Adirondacks park located in upstate NY. We’ve been coming back to that same campground for over a decade and I’ve gone up the Bear Mountain hiking trail, which is located right outside that campground, on numerous occasions. However, this was the first time in my life that I made it to the top of the maintain while keeping a consistent pace and not taking a single break to catch my breath. And when we got there, I was not winded at all or dripping with sweat as I was on all previous occasions.

Looking back on this part of my path, there are a few important principles to highlight. By making these principles a central part of my daily life, it feels like I stumbled into creating a structure that has enabled me to stay moving toward any goal/achievement I’ve set for myself, including discovering the goals themselves. These are the takeaways I’m hoping the reader will walk away with and think how they apply to their own lives:

I’ve continued to tweak my routines and the schedule, and the specific details of what I ended up with may not work for everyone. For instance, these days I have a journal (following a loose bullet journal format) and I reflect every evening for 10-20 minutes before going to sleep. I also continue my 1 hour of weekly reflection, which I’ve aligned to always follow a Sunday yoga session after reading, Benjamin Hardy’s book, “Willpower Doesn't Work: Discover the Hidden Keys to Success.” Once a month, I take a full-day break from normal life to attend either a one-day silent meditation retreat or a day of teaching at the Dharma Refuge. And last year, I spent 5-days of silence in the woods of Jefferson, Maine thinking about a much longer time horizons, which is something I’m hoping to establish as an annual practice.

The details are not important, but I do want to close this post with one of those claims that if you only change one thing in your life, according to me, this is the only thing you MUST focus on. This one thing enables everything else, unlocks your potential, gets you unstuck, moves you where it is you wish to go and let’s you figure out where you want to go in the first place.

Make it a regular practice to make space for your thoughts.

It doesn’t matter how you use that space or what you use it on but NEVER stop doing it. It will be uncomfortable, you will wish you could just watch TV or do something, anything, else instead of just sitting (or just standing, or walking). Don’t. Make space for your thoughts. And whenever you fall out and you skip a week (or a month, or half a year), and you will, simply acknowledge that you are not perfect, because you are not, and just return back to that practice of making space for your thoughts.

And now that you are at the tail end of this post, you might be wondering, hey but didn’t you set out to answer “what’s your plan?” Whatever happened to that? It turns out, to answer that question was a journey in itself. A journey that is still unfolding to this day. What I wrote about here was the beginning, but there were more subsequent steps that hopefully I will come back and write about.