What Is a Silent Retreat

Posted by: Dennis Mnuskin in wellness 1 year, 3 months ago 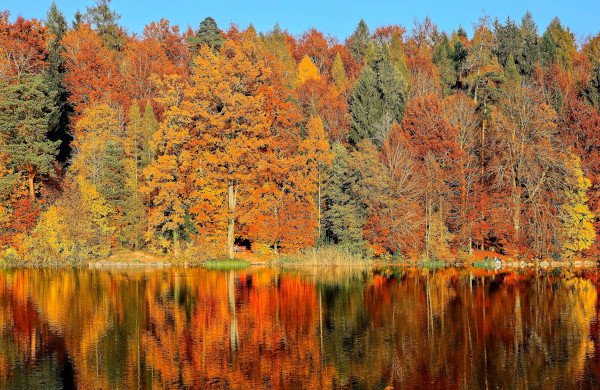 Recently I attended a silent retreat near Jefferson, Maine. As I came back, I’ve had a few conversations with friends, family and colleagues about my experience. That prompted me to write a reflections post on that experience. However, because I wanted to limit the length of the other post and felt it might detract from the reflection portion, I left out the portion that describes what the heck is a silent retreat anyway? When people hear “silent retreat,” they might be imagining all kinds of things. So if you are curious what it actually was when I attended, read on.

First, a bit of a disclaimer: there are many different silent retreats out there and they vary greatly in structure, strictness and other aspects. Many of these retreats are associated with specific religions, and although I’m not providing any concrete evidence, I do feel that the ideas of prolonged silence, reflection and contemplation can be found in many spiritual practices around the world. There are also retreats which take these same ideas but make it a point that their approach is specifically secular with primary focus on mindfulness/meditation as its own practice that doesn’t have any association with spirituality.

So far I’ve only attended two retreats and both of them were in October at Camp Wavus in Jefferson, Maine, which is a camp for girls in the summer but rented out by various groups in other times of the year. The camp has cabins which are heated and come with beds (they ask you to bring your own sheets or sleeping bags), bathrooms, sinks and showers. Some attendants who prefer not to have roommates can also elect to set up their own tent outside but they can still use a cabin to wash up in the morning.

Both of these retreats were organized by Dharmata Foundation which was formed in 2005 under the direction of a Tibetan Buddhist teacher Anam Thubten. As far as I can tell, Anam lives in San Francisco but only spends about half his time there. The rest of it, he splits between travels all over the US and venturing out into the rest of the world to offer Buddhist teachings at the residential retreats such as this one or shorter 2-day non-residential (8 to 5) ones.

Before attending the first time in 2018, I did a little bit of reading online to prepare for what I could expect. I’ve read how some retreats were incredibly strict when it came to following the rules and the schedules. In some, they will explicitly forbid any type of electronic device but would allow books. In others they say you cannot engage in anything and that includes any kind of reading material. Some would set a strict schedule and expect every participant to follow it to a T. However, none of that was my experience.

Right off the bat, in the introduction session the emphasis is that this is first and foremost your time. While the use of electronic devices is discouraged, they are very understanding that in some cases people do have (or most likely just want) to keep some level of connectivity so they just ask that when you use a mobile phone or a tablet, you be discreet about it. You can bring a book and even an occasional kindle is common to see, even though a kindle is in that gray area between a book and an electronic device. And they do have a daily schedule that is announced, but then they add that everyone should feel free to follow it, or take as much time for themselves as they want. The general message you get is that it is your time, we create the space and you do what is right for you.

Personally, as soon as drove up to the place both times, I would turn off my phone and keep it in the car for the entire 5-day duration, and I found even that little action felt great. If there is an emergency and you do need to be reached, there is an option where the caller can leave a message in the office and those messages are checked a few times a day. So you are never completely off the grid.

In both years, the daily structure was roughly the same. Tuesday is a travel day and people are given most of the afternoon to make it to camp. Once they arrive, there is an orientation where 75-85 people are introduced to the logistics of the place and other details. The orientation is also where everyone is assigned a job (aka ROTA, aka karma yoga) as the whole place is just a few cooks, their two dogs and the retreat attendants. Everyone pitches in to keep the place clean and running. First time I attended, I was assigned to dust and sweep one of the cabins. In my second time, I was on lunch time dishwashing duty. But with so many people all doing something, the work goes fast.

After the orientation, there is dinner, followed by a break and an opening speech/ceremony led by Anam welcoming everyone to the retreat and making it a bit of a first Dharma teaching session. Lastly the night concludes with everyone having a chance to introduce themselves to their neighbors for about 20-30 min. The schedule is set such that everyday all activities are wrapped up by 9 pm, giving people a chance to go back to their cabins and do their thing by lights-out at 10 pm.

At the end of the first day is when holy silence, as the Buddhists call it, officially begins. One thing to note is that there are also degrees to holy silence in various retreats. First, they do allow “functional talking” if you need to pass a few phrases. Then again, the atmosphere is somewhat casual and so occasionally you’ll see more than just a few whispers going back and forth.

The next 4 days, from Wednesday to Saturday all have the same structure. The wake up bell is at 6am. There are a total of six 45-minute meditation sessions each day. First one is before breakfast is guided, whereas the rest of them are not, and is a bit longer because it includes few opening chants/prayers, which are the other sounds you get to make for four days outside of that occasional functional speech exchange. Then two more sessions before lunch with a 45-minute Dharma teaching in between. After lunch there’s a bit longer ciesta break followed by another block of meditation-teaching-meditation. Then dinner, post-dinner break and evening meditation followed by day closing ceremony of chants/prayers.

What I outlined above is a general schedule for the group. Individually, you do not have to follow that precisely. For example, some people are not morning people and they may choose not to get up at 6 am for the very first sitting. Other people may find having six meditation sessions a day to be too much and they can choose to stay outside and just read a book or enjoy mild October weather in the Northeast. To give my knees/hips some rest, I’ve done several walking meditations around the campground.

On Sunday, the last day, the holy silence is lifted after the first morning meditation session. This is when everyone in the room begins to talk at once and introverts, such as myself, dash and scatter into various corners of the lodge. But then they still end up talking to other introverts, just in much smaller clusters of people. After that it is breakfast, final cleanup and packing and one more 45-minute meditation session. Then the retreat closing ceremony led by Anam. And finally, the whole thing concludes with lunch and people dispersing to integrate back into their normal lives.

This pretty much sums up what a retreat, at least the one I attended is. If you want to read more about what it feels like, head over to read my reflections on the second one.